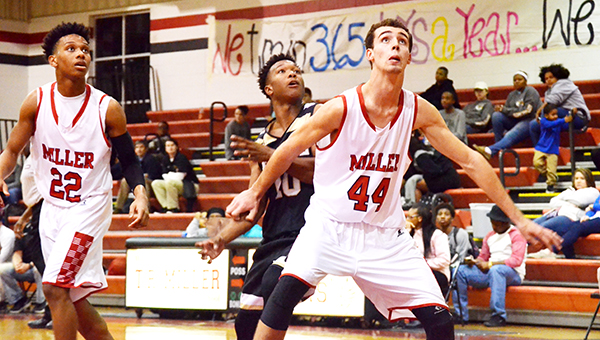 T.R. Miller basketball was in action Tuesday night against area opponent Excel. Both the girls’ and boys’ varsity teams picked up wins.

Miller girls continued their hot streak, winning their twelfth straight game of the season, and their sixth at home.

Miller got of to a quick start and by half time led Excel 25-14.

By the end of the third Miller had a 17-point lead.

TRM would outscore Excel 12-4 in the fourth.

Excel outscored Miller in the first quarter 26-15.. The Tigers bounced back, outscoring Excel 19- 6 in the second quarter to lead at the half 34-32.

Miller would outscore Excel 22-8 in the second half, including holding the Panthers scoreless in the fourth.

The Tigers are 7-6 this season.