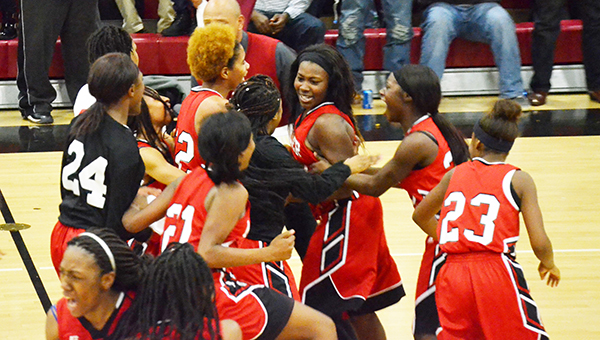 “We are improving every game on defense,” said head coach Ron Jackson. “The better defense we play the easier it is for us to generate points. The team is really learning the concept of defense. We played hard. It was an exceptional game.”

In the fourth quarter with Miller trailing by three points, senior Mekhia Williams would hit a three to tie the game 37-37. Hillcrest’s Jezreel Dixon answered with a two pointer on the other end to give Hillcrest the lead right back. Miller would call a timeout with 2:26 left to go in the game. The timeout would be the final timeout for either team.

After the timeout, on the Miller inbound, Hillcrest would get the steal. Hillcrest would turn the ball over to give the Lady Tigers a second chance. Williams would drive to the basket and draw the foul. 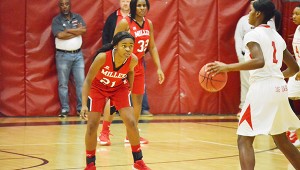 With 34 seconds to play in the fourth, Miller’s Janazsia Nettles would get a steal near the Hillcrest basket and drive the length of the floor for a layup, to tie the game 41-41.

Miller’s ball with four seconds to go in the game, Williams would drive to the basket and dish it out to senior Emonea Curry for the three point shot. Just as the buzzer sounded to end the game, the ball would travel through the basket, hitting nothing but net, sending the Lady Tigers and Miller faithful into a frenzy.

Leading Hillcrest in scoring was Shanecia Salvatore with 14 points.

Leading the Lady Tigers was Mekhia Williams with 21 points and four rebounds; Kyla Bell with eight points and a season high 17 rebounds; and Emonea Curry with eight  points, three rebounds and three steals.

The Lady Tigers are 13-3 for the season.

For the boys, TRM would suffer their second area loss of the season, falling to Hillcrest 57-71.

Hillcrest got off to a 12-0 start behind Jarrett Taylor who hit three shots behind the arc in the game’s opening minutes. The Jaguars outscored the Tigers 22-6 in the first quarter. Miller would go into the second half trailing Hillcrest 20-40.

Hillcrest would build a 29-point cushion going into the fourth.

Miller would have their best scoring quarter in the fourth with 27 points, but would be unable to overcome the point deficit.

Leading TRM was Chardian Johnson with 26 points and five rebounds. 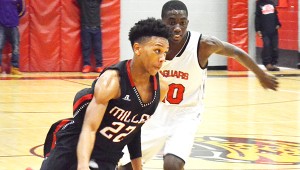 TRM had 17 turnovers for the game.

The Tigers are 6-6 for the season.