The late Wayne Frazier to be featured on the NFL Network 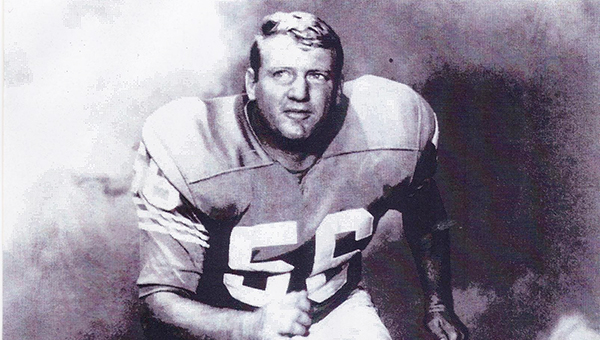 Former Evergreen Aggie standout and All-SEC center and linebacker for the Auburn Tigers Wayne Frazier will be featured in Super Bowl I: The Lost Game, a replay of the first Super Bowl, on the NFL Network on Fri., Jan. 15 at 7 p.m. and Sat., Jan. 16 at 8 p.m.

After graduating from Auburn, Frazier would make his professional debut for the San Diego Chargers in 1962. He played 48 games with the Chargers, Houston Oilers, Buffalo Bills and Kansas City Chiefs from 1962-67. Frazier was a native of Evergreen and after retiring from the NFL resided in Brewton for 36 years until his passing in 2012.

The game is notable for being the only Super Bowl to be broadcast live in the United States by NBC and CBS, but no full video version survived. Super Bowl I: The Lost Game pieces all 145 plays taken from various archive footage. According to the NFL Network the program will include wired sound from Lombardi.

The NFL Network is on channel 212 for DirecTV and channel 186 for Mediacom.