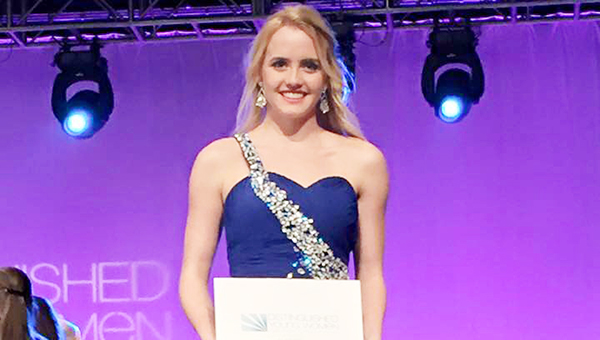 Manning, who was chosen as the Escambia County DYW, was one of two T.R. Miller students at the competition. Sara Perkins was chosen to represent Conecuh County.

Interview was one of the areas of the competition both girls were concerned about; however, for Manning, it was one in which she excelled.

As the category winner, she was awarded an additional $800 scholarship from the state DYW foundation. 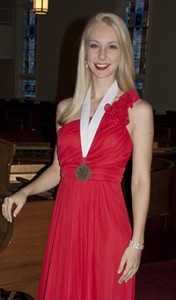 In the interview and discussions session, we were told judges look for a number of things, judges looked for “perception, a sense of values, a clarity of expression, concern for others and ability in human relations.”

“It was an amazing experience,” Manning said of the two-day event. “It was something that I will never forget.”

Founded in 1958 in Mobile, Distinguished Young Women is the largest and oldest national scholarship program for high school girls.

The program was previously known as America’s Junior Miss.