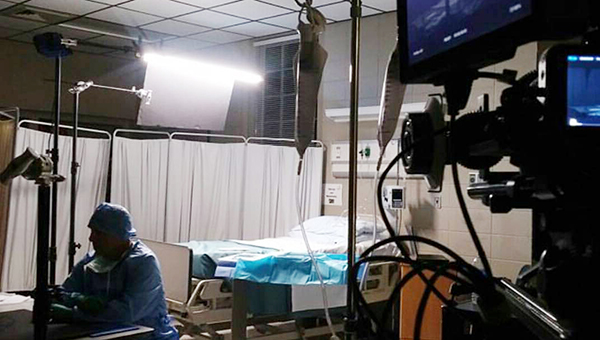 Courtesy photo
A shot from the filming of the movie. Here, the crew works inside a local medical facility.

The movie tells the story of human trafficking in a small town and a young band’s mission to tell the truth.

After the screening, the crew, cast and special guests will attend a Q&A and awards presentation. Guest speaker will include David Pinkleton of END IT Alabama.

END IT Alabama is a project of the Alabama Human Trafficking Task Force with the focus of combating all aspects of human trafficking, including sex trafficking and labor trafficking, through raising awareness in educational and communal initiatives.

Human trafficking can be a tough subject to discuss, in part because of lack of awareness. Bliss said that was part of her inspiration of bringing the story to the screen.

“There are several types of human traffickings that are becoming more common and in rural areas and small towns,” Bliss said. A lot of times the signs go unnoticed. People think that it only happens in major and bigger cities, but that is not the case. Shedding light on the issue artistically, realistically and visually can be more understanding.” 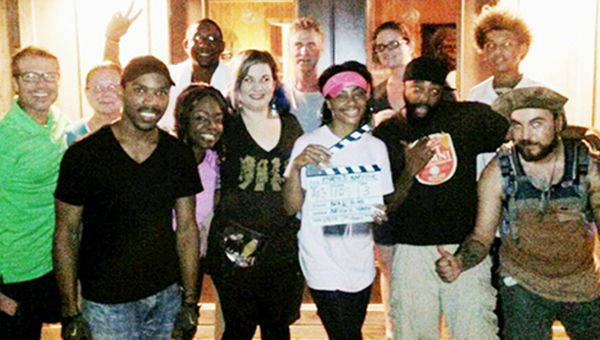 Courtesy photo
Director Bea W. Bliss (center) with some cast members and production crew after the wrap of Aborted Traffick.

Aborted Traffick is the first feature film to shoot in Brewton. With the many challenges that take place during the process of making a film, Bliss said she and her production team are thankful for those reaching out to help.

“This film wouldn’t have made it to the screen without the countless efforts of many,” Bliss said.

“We are thankful and grateful for the companies, organizations, and the few citizens who supported us through the entire process.”

Ticket sales for the night’s event are closed; however, a public showing will be announced in the coming weeks.