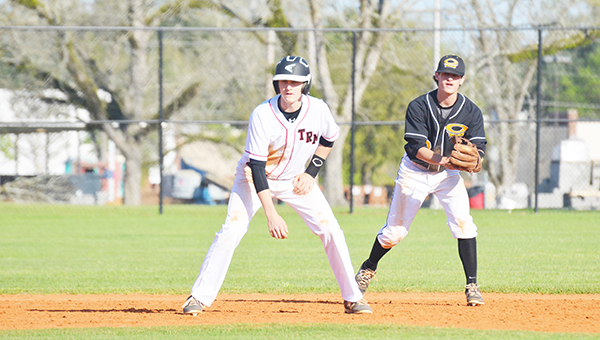 Williamson gets a lead off of second base.

T.R. Miller sophomore Drew Williamson was nominated as a 2016 Under Armour preseason All-American.

This past weekend Williamson travelled to Mesa, Ariz., to compete in the two day Under Armour Preseason All-American tournament with  some of the top talent in the nation.

Players were placed on teams based on their region. Williamson was one of six Alabamians to play in the tournament.

As a freshman last season Williamson played 22 games, posting a .472 batting average with 17 RBIs and nine doubles at the plate and scored 32 runs.