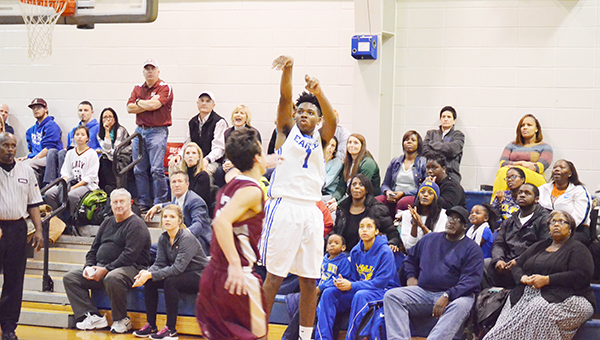 The W.S. Neal boys varsity picked up a region win Friday against UMS Wright 70-49 while the girls suffered a 35-49 loss.

The Lady Eagles were able to remain close, but UMS Wright pulled away late, creating turnovers and making baskets down the stretch to ice the game.

Leading Neal was Keke Floyd with 21 points and nine rebounds. Taylor Burns and Marishia Fraser both had six points.

Floyd is averaging 27 points for the past three games. 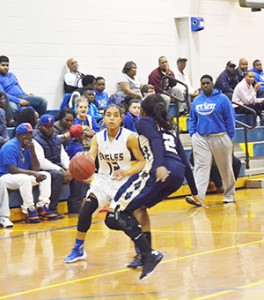 In boy’s varsity action, Neal jumped out early, ending the first quarter with a 20-6 lead. By the end of the second quarter Neal led 33-20.

There was no slowing down for the Eagles in the third, outscoring UMS Wright in the third 22-13. The Bulldogs did their best scoring of the night in the fourth with 16 points, but found themselves well short of any comeback.

The boys are 15-7 for the season.
Last Thursday night both the Neal girls and boys picked up wins against Northview, with the girls winning 51-19 and boys winning 66-38.

Leading the Lady Eagles was Keke Floyd with 27 points, three rebounds and five steals; and Aniyah Stewart with eight points.

Leading the boys was Darius Tolbert with 16 points and 17 rebounds; and Tyshawn Davis and Troy Lewis, each with 14 points.