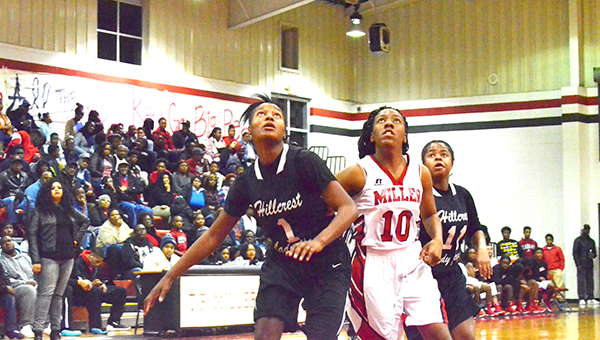 After a photo finish ending between the two teams earlier in the season with Miller edging out the win, Friday night’s game started out just as competitive. At the end of the first Miller led the game 8-6. The Tigers extended their lead to make the score 21-16 at the end of the first half.

Tyesha Rudolph was the leading scorer for Hillcrest with 20 points.

The Lady Tigers are 17-3 for the season. 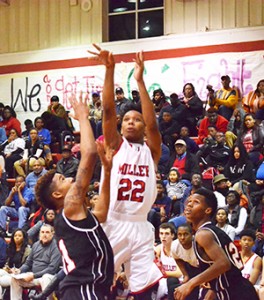 Led by senior Chardian Johnson the Tigers made a push to overcome its fourth quarter deficit, but the Jaguars kept the Tigers at bay from any comeback via the three point shot.

Leading the Tigers was Chardian Johnson with 41 points and 12 rebounds.

Johnson is averaging 19.6 points and 8.9 rebounds for the season.

Leading Hillcrest was Kobe Bradley with 18 points, Jarrett Taylor with 17 points and Tyrell Riley with 13 points.