2 Brewton residents among those arrested in Castleberry drug busts

Two Brewton residents were among the five arrested this weekend on a host of drug charges in Castleberry.

Castleberry Police Chief Tracy Hawsey said Monday he credits traffic stops with the weekend arrests of five, which included that of 50-year-old Randy Parker and Brittany Kimball, 28, both of Brewton. 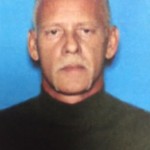 “More than 65 percent of the drug arrests we make are outsiders coming through Conecuh County,” Hawsey said. “And as a result of the day’s arrests, we recovered a number of controlled substances such as cocaine and meth and several hundred prescription pills, as well as a numerous handguns and rifles.”

Also arrested were Marrius Cunningham, 30, of Castleberry and Alvin Cunningham, 50, of Montgomery, for possession of 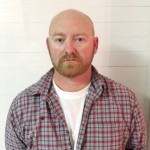 “I have to say we have the best two K-9’s in the state – Beni and Sadie,” Hawsey said. “We have to use the tools that are available to catch these people. I want to thank Evergreen Police Department and Allison Blackmon Gessner for her assistance in this rapidly unfolding Investigation.”