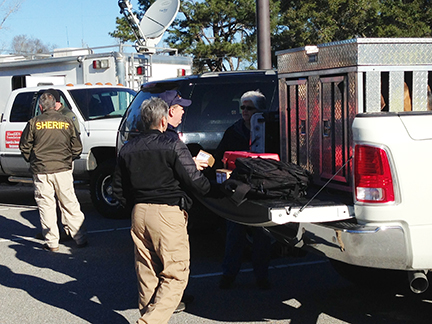 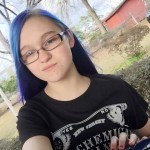 Bridges in her last known photo.

A mobile command unit was established at Jefferson Davis Community College where a group of more than 30 police, first responders and volunteers gathered just after 8 a.m.

Following a short briefing, Brewton Police Chief Monte McGougin said tracking and cadaver dogs continue to search the area around Alco Lake where it is believed the teen’s phone is located.

“We’ve followed leads as quickly as they come in,” McGougin said. “Right now, we just don’t know what happened to Brooke. We’ve by no means cancelled out that she might have met someone on the internet, but we don’t know that for sure.

“There are a lot of factors that have to be cancelled out, and that’s what we’re doing right now,” he said.

Later this afternoon, police plan to canvas the area. In the meantime, McGougin asked neighborhood residents if they observed any suspicious behavior over the last week.

“Absolutely, if they’ve seen something abnormal or something that just didn’t sit right, contact us,” McGougin said.

Bridges was last seen Sunday night at the family’s home on Cottage Hill Drive. Parents Jimmy and Lisa Bridges reported they awoke Monday morning to a wide-open front door and their daughter missing.

Mrs. Bridges said Brooke left without shoes and jacket, wearing pajamas and her classes and carrying her cell phone. She described her daughter as a happy child and one who would not runaway.