Student hit by car; passes away

Chief: Case under investigation, will be presented later

Devon Spencer, 12, and a friend were walking to school from a neighboring apartment complex when family said the boys were hit from behind on Thurs., Feb. 11. The friend suffered minor injuries, while Spencer suffered significant head trauma and a host of other injuries. 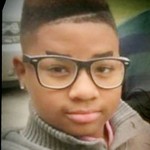 He was transported to D.W. McMillan Hospital and later air lifted to Sacred Heart Hospital’s trauma unit in Pensacola, Fla.

“It didn’t look like Devon is going to survive this,” said his aunt, Jennifer Spencer, who traveled from Tampa, Fla., to be with the family. “Devon sustained major trauma. His type of brain injury is one that you can’t come back from.”

The boy and a friend were walking to school just before 7:30 a.m. – something they routinely did, Spencer said.

“He lived maybe 200 yards from the school in one of those apartment complexes,” Spencer said of her nephew. “The girls from there would catch the bus, and the boys would walk.

“That morning, he and a friend were walking to school,” she said. “Devon has the biggest heart, and this should tell you what kind of kid he was – he left early that morning so he could give a pair of sneakers to a kid that was being picked on at school.

“He was that type of kid,” she said. “He had a personality that shined through. He had hopes for college. He loved music, was athletic.”

From accounts, the vehicle struck the pair from behind with her nephew taking the brunt of the impact, Spencer said.

Limited information has been released about the circumstances surrounding the crash.

East Brewton Police Chief Kenny Brazile said Tuesday, “It’s a tragic set of circumstances. Right now, the investigation is ongoing and we are working to gather all the necessary information.

“Once that is done, it will be forwarded to the district attorney’s office,” he said.

District Attorney Steve Billy said his office has received some preliminary information in the case, but not the final findings.

“This is an active investigation, and those findings will be presented to an Escambia County grand jury at a future date,” Billy said.