The W.S. Neal baseball team got its season underway Feb. 17 in Dothan, suffering an 8-0 loss to Houston Academy. The Eagles coasted to its first win of the season, defeating Monroe County on Thursday, 13-2.

The game remained scoreless until the bottom of the third inning when Houston Academy broke it wide-open with six runs. Houston Academy added two more runs in the fifth.

Houston Academy had a total of eight hits.

Leading Neal at the plate was Dakota Graves who went 1-3. Graves had the lone hit for Neal.

Jared Cooper and Lane Chavers split time on the mound for Neal. Cooper was charged with the loss. He pitched three innings, allowed five earned runs on five hits and three walks. He struck out six batters. 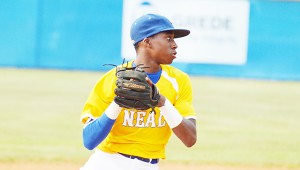 It took only five innings of work for the Eagles to defeat Monroe County 13-3.

After scoring one run in the first, Neal plated four in the second, three runs in the third and fourth inning and two in the fifth inning.

Leading Neal at the plate was Matt Hutchins who went 1-3 with two RBIs. Derrick Barton went 1-1 with an RBI, steal and three runs; and Jacobey Hawthorne went 1-2 with a steal and two runs. Malcolm Hawthorne had two RBIs, two steals and two runs.

Dalton Shell got the win on the mound, going four innings, striking out four and allowing only one hit.

Neal will host the Escambia County Baseball Tournament. The Eagles will begin play on Feb. 25 against the T.R. Miller Tigers. Time TBA.