Blaney takes over the reins after the departure of Jeff Haney. Haney was recently transferred to Flomaton High School. He coached the Lady Eagles for eight seasons, going 9-14-1 last season. 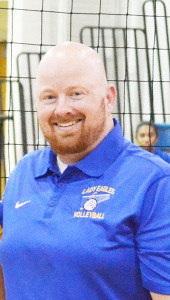 Blaney began his coaching career in 2002 in Milton as an assistant coach in football, wrestling and softball.

He has served as softball assistant coach with  Neal since 2009.

Blaney said he is really excited to coach the softball team.

“I’ve worked alongside coach Haney since 2009,” Blaney said. “I hate to see him go. I look forward to continue building the Neal softball program we’ve both been working on for more than six years.”