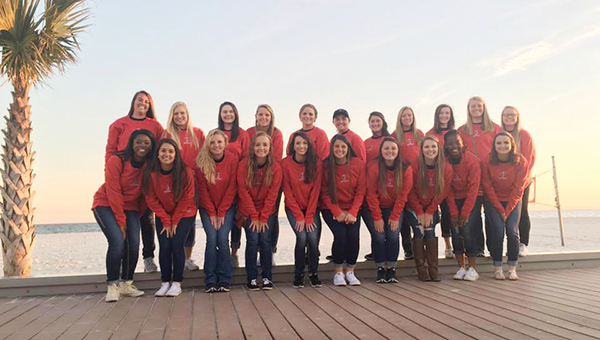 The Lady Warhawks got off to a rocky start. Pearl River scored nine runs in the first two innings. In the fourth inning Pearl River broke the game wide open with 10-runs.

Hannah Brake and Alicia Richardson both went 1-3 at the plate. Brook Howell went 1-1 and Savannah Allen had a hit for an RBI.

Kayla Lovett got the loss on the mound, surrendering 11 earned runs on 11 hits, with three strikeouts.

JDCC made three errors on defense.

Rachel Reeves and Alicia Richardson went 1-3 at the plate for JDCC. Kacey Sheridan went 1-1 with a hit.

JDCC got off to its best start of the classic scoring four runs at the top of the first inning. Gadsden State answered with three runs in the second. The Lady Warhawks added three more insurance runs in the fifth and sixth innings.

Hannah Brake picked up the win on the mound, pitching 3.2 innings and struck out three batters.

Alicia Richardson led JDCC going 1-3 at the plate with a homerun.

Kayla Lovett took the loss on the mound, allowing nine runs on six hits, including two homeruns, over 6.2 innings pitched. She had five strikeouts.