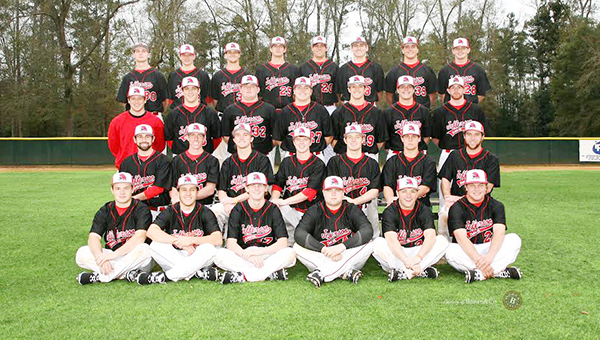 The Jefferson Davis Community College baseball team began its season on Feb. 10. The team was 0-2 before sweeping Central Alabama in a double-header at home.

Recently the Warhawks traveled to Meridian and lost both double-header games to bring its season record to 2-4.

Tyler Joyner got the loss on the mound, pitching three innings and surrendering four runs on four hits. Joyner had two strike outs.

Pensacola State had a total of 13 hits for the game.

Timely hitting hampered the Warhawks in the loss. A combined eight runs in the second, third and fourth inning gave Lawson State an 8-1 lead going into the fifth in which at that point the team never looked back.

Leading JDCC at the plate was Keith Johnson who went 2-4 with a double. Jacob Saulnier, Brian Todd Seymore and Caden Lodge each had an RBI.

The Warhawks led 9-3 at the end of five innings. Central Alabama scored three in the seventh.

Bryan Todd Seymore and Jeffery Snow went 2-3 at the plate. Snow led the team with three RBIs for the game.

Down 2-0 going into the bottom of the seventh inning, JDCC rallied for three runs for the come from behind win.

Caden Lodge led JDCC at the plate going 2-3 with a double.

Reliever Brett Weeks got the win on the mound.

JDCC led the game until the bottom of the fifth inning when Meridian platted four runs.

Cason Lodge went 2-4 at the plate.