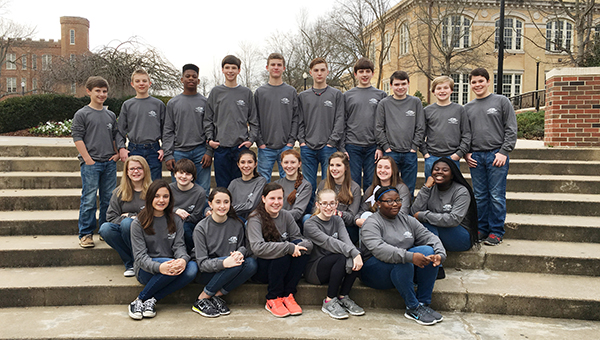 Brewton Middle School took two teams to compete at Science Olympiad at the University of Alabama on Sat., Feb. 20.  Team No. 1 earned second place overall and has qualified to compete at the state competition at Huntington College in Montgomery on April 9. Coaches for these teams are Cindy Brittain and Bre Morris.

BMS also had several individual medal winners from both teams, including:

• Matthew Bishop: second in Dynamic Planet, second in Fossils, third in Meteorology, third in Reach for the Stars;

• Lyberti Bradley: third in Anatomy and second in Invasive Species;

• Earl Dolihite: first in Mission Possible and first in Scrambler;

• Kaitlin Ellis: third in Reach for the Stars;

• Will Terrell: first in Air Trajectory and third in Meteorology;

• Dean Thelen: second in Meteorology and third in Road Scholar.

New phones and all