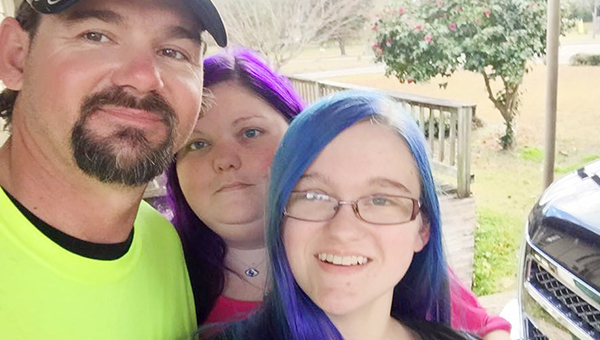 Courtesy photo
The search continues for Brooke Bridges, who was last seen Feb. 7.

Expanded search to be conducted for missing Brewton girl

Bridges, 16, was last seen at approximately 11 p.m. on Sun., Feb. 7, at the family’s home on Cottage Hill Drive. Parents Jimmy and Lisa Bridges reportedly awoke the following morning to a wide-open front door and their daughter missing.

Mrs. Bridges said Brooke left without shoes and jacket, wearing pajamas and her glasses and carrying her cell phone.

In the days following, a massive land and water search was conducted around the Alco Lake area by scores of volunteers from the Klaas Kids Foundation and other law enforcement agencies, including the state and federal bureaus of investigation.

“Right now, I have four investigators who are working nothing but this case,” McGougin said. “They are working leads on a daily basis, and we ask that locals continue to keep calling with those leads.

“People may think that we have quit working the case because they aren’t seeing the visible presence in the community,” he said. “That is not true. We are not giving up on bringing Brooke home.”

McGougin said there a three-prong approach to the ongoing investigation.

“First, we continue to meet several times a week with state and federal agencies to coordinate this investigation,” he said. “Our guys continue to work the social media side on a daily basis. And lastly, we will launch a new search sweep of a number of wooded areas throughout Escambia County using volunteers from Klaas Kids.

“Like I said before each day the sun comes up, it causes more and more concern,” McGougin said. “It weighs on you, but we are working diligently every single day.”

Bridges is described as 5’2” weighing 100 pounds with blue hair and blue eyes. Her original hair color is listed as blonde. She was last seen wearing black sweatpants and a spaghetti strap tank top.