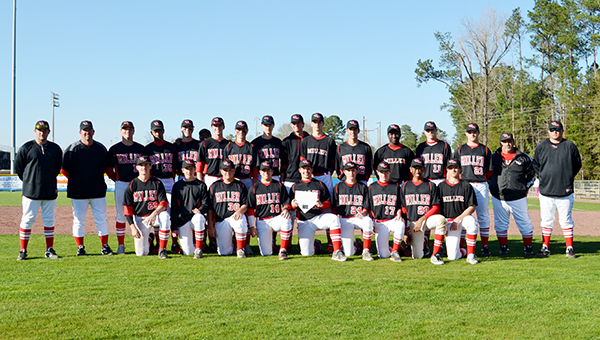 T.R. Miller took home the Escambia County tournament trophy after defeating W.S. Neal in extra innings 9-7. Below is a full recap of the tournament which began Thursday and wrapped up with today’s finale.

The Escambia County baseball tournament got underway yesterday evening in East Brewton with W.S. Neal facing off against Escambia County followed by T.R. Miller versus Flomaton. Neal and Miller picked up wins, with Neal defeating Atmore 8-1 and Miller defeating Flomaton 8-4. 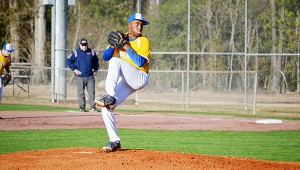 Corey Williams | The Brewton Standard
Neal’s Jacobey Hawthorne winds up to pitch. Hawthorne had 10 strikeouts for the evening.

Neal got off to a good start, picking up two runs at the top of the first inning. In the third inning the Eagles got things started with a bunt single by Malcolm Hawthorne. From there the Eagles knocked in three runs of the bats of Dakota Graves, Jared Cooper and Dalton Shell. Neal picked up three more runs in the fifth inning. Escambia County got on the board in the sixth; when Devante Dailey advanced from third to home on an attempted throw out at second base by Neal.

Leading WSN at the plate was Jared Cooper, going 2-3 with a double and three RBIs. Derrick Barton had three hits with an RBI and scored three runs for the Eagles. Dakota Graves and Dalton Shell each had two hits and an RBI.

Neal used two pitchers. Jacobey Hawthorne got the start on the mound and picked up the win, pitching five innings, allowing no runs, with 10 strikeouts and three walked batters. Matt Hutchins closed out the remaining two innings allowing one run with five strikeouts 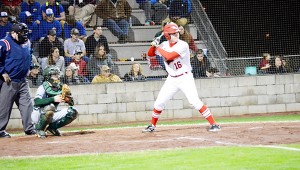 Corey Williams | The Brewton Standard
Miller’s Tripp Floyd at the plate. Floyd had three RBIs for the night.

Thursday night’s game started off sloppy for both teams. TRM got on board early with four runs in the first inning without a hit. At the bottom of the first two errors on Miller’s defense led to a Flomaton run.

At the top of the third, Miller’s Joshua Winton ripped a single to left to score Jason Konsler, who reached on a fielder’s choice earlier in the inning. Flomaton answered with a run of its own in the bottom of the third.

In the fourth, Floyd smacked in a RBI double in the outfield gap to score a Miller run.

In the sixth inning, Flomaton scored two runs with one coming off a Miller error.

In the seventh, Floyd continued his good night at the plate with an RBI single.

With the score 8-4, Flomaton filled up the bases to bring the tying run to the plate with two outs. With the count 2-2, Miller pitcher Caleb Winton was able to fan the Flomaton batter to stop the Hurricanes’ rally.

Leading Miller at the plate was Floyd, going 3-4, with three RBIs.

Floyd and Caleb Winton combined for a no-hitter on the mound for the Tigers. Floyd got the win, pitching three innings, allowing two runs, with four strikeouts.

No hit nights for Winton and Cooper lead Miller and Neal to victories.

The T.R. Miller Tigers and W.S. Neal Eagles moved to 2-0 for the tournament and will face each other tomorrow for the crown. TRM defeated Atmore earlier in the evening 17-0 and WSN defeated Flomaton 11-0. 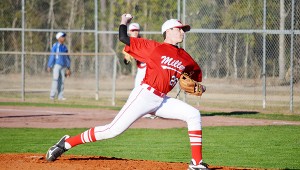 Behind a no hitter by Joshua Winton and two-run homer by shortstop Jo Jo Booker, TRM dominated Escambia County. The Tigers scored 13 runs in the second inning and never looked back.

Miller’s Booker, Drew Williamson and Tripp Floyd led at the plate with two RBIs each. 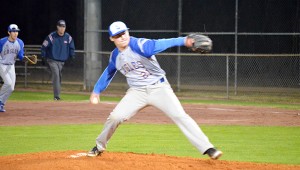 The Eagles busted the game wide open in the third inning pouring on six runs to an already 4-0 lead. Neal added an insurance run in fourth inning.

Jared Cooper went the distance on the mound, allowing no hits over five innings, with eight strikeouts.

Neal had seven stolen bases for the night.

Flomaton had five errors in the game.

With the win, Neal head coach Coy Campbell picked up his 300th career victory as a head coach. Campbell began his head coaching career in Northview before taking over the reins at Neal in 2002.

Neal and Miller will play tomorrow at 1:30 p.m. for the tournament championship.

It took extra innings to crown a victor but in the end it was T.R. Miller winning the tournament championship defeating W.S. Neal 9-7.

In the bottom of the seventh down two runs, Neal’s Malcolm Hawthorne stepped up to the plate. Hawthorne belted a high fly ball that carried over the fence for the home run to tie the game. 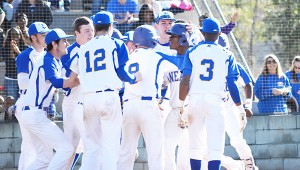 Corey Williams | The Brewton Standard
Malcolm Hawthorne celebrates with teammates after belting a two-run home run to tie the game in the seventh inning.

With the winning run on first, Miller’s Russell Smith was able to get out of the inning with the strikeout.

In the top of the eighth Miller scored four runs on five hits, three hits via the bunt.

Neal scored one run in the bottom of the eighth, ending the game on a line out to shortstop.

Lane Chavers picked up the loss pitching  three innings of relief and surrendering four runs. Shell got the start and pitched five innings, striking out seven.

Smith got the win on the mound. Booker started the game, going six innings, allowing two hits and striking out seven batters.

After the game Miller’s Jordan Williams, Drew Williamson and Jo Jo Booker; and Neal’s Malcolm Hawthorne, Jared Cooper and Derrick Barton was named to the all tournament team.

Flomaton’s Hayden Hammonds and Atmore’s Devonte Dailey and Devon Robinson was named to the all tournament team. 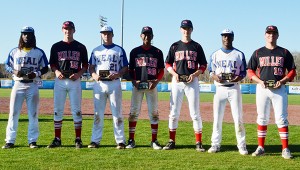