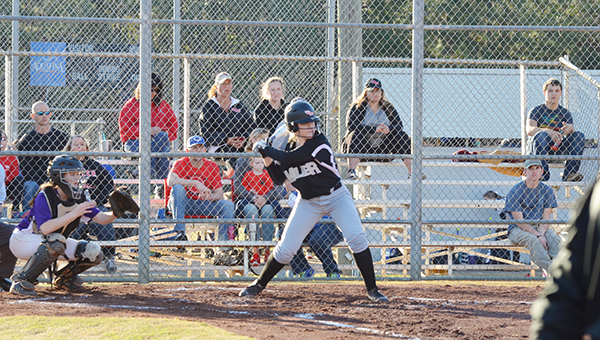 The T.R. Miller Lady Tigers and W.S. Neal Lady Eagles were in action this past weekend in the 2016 TRM Invitational. After the qualifying rounds the two teams matched up in the first round of single elimination. Miller defeated Neal 7-1. The Lady Tigers lost in the second round to Jay, who advanced to the championship to face Leroy. Leroy defeated Jay 9-1 for the title.

After trailing 4-3 through two innings, Miller rebounded with a big seven-run third inning.

Madison Winchester led Neal at the plate with a hit. Karissa Johnson Tori Wyatt and Kaeli Brown each scored a run.

Karissa Johnson, Tori Wyatt, Adria Barnett each had a hit for the Lady Eagles. Wyatt’s hit was an RBI double. 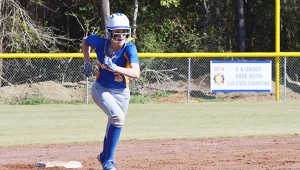 Aleigh Lanier got the start for Neal and took the loss; allowing six hits and two walks from the circle.

Neal broke the score column first in the top of the second inning off a wild pitch. Miller answered with three runs in the bottom of the inning with a two RBI double by Anna Grace White and RBI single by Morgan Longmire. The Lady Tigers added three more runs in third inning and one run in the fourth inning.

Madison Winchester led Neal at the plate with two hits. Adria Barnett and Tatum Reeves each had a hit.

Leading Miller at the plate was White with two hits and two RBIs.

Austin received the win from the circle pitching five innings with three strikeouts.

Barnet picked up the loss allowing four hits on the game.

Leroy went undefeated in the tournament, going 6-0 on its way to winning the championship. Miller finished the tourney with 3-2 and Neal, 0-4.