Through the years from the time North Brewton School was built in 1940 until it closed its doors in 1991, many students attended the school.

Gary Stuckey was thinking it would be nice to have a class reunion for his class, which was the class of 1987. As he began making plans, more and more people began to think about their own school years spent at North Brewton. 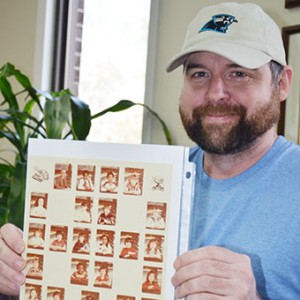 “Several of us were working on the plans and people kept wanting to join the party, so we decided to include every class that attended there,” Stuckey said. “The more we talked with people, the more positive everyone sounded. Melinda Wilson Owens and Jodi Hall Gauna, who were classmates of mine, wanted to help with the details and it has grown to include others.

The reunion will be held on Sat., March 12, beginning at 4 p.m. at The Hour Glass. Stuckey said that it would last as long as everyone wanted. Cost is $15 per person due at the door.

“Everybody should bring their own stories to share with others and also any artifacts they have hung onto over the years,” he said.

The event will be catered and there should be plenty for all. There will be door prizes and entertainment will be provided by a live band.

Stuckey said that several classmates with talent will have various North Brewton School gift items for sale, such as mugs made to honor the school.

Not only are the students invited to the event, Stuckey said that they would love to have some of the teachers who had taught throughout the years to come and join the students.

Stuckey said he grew up in the north part of the county and attended North Brewton School from 1980 to 1987.

When the school closed, the students were then sent to other local schools. Stuckey went to W.S. Neal and now works with the Conecuh County Department of Corrections.