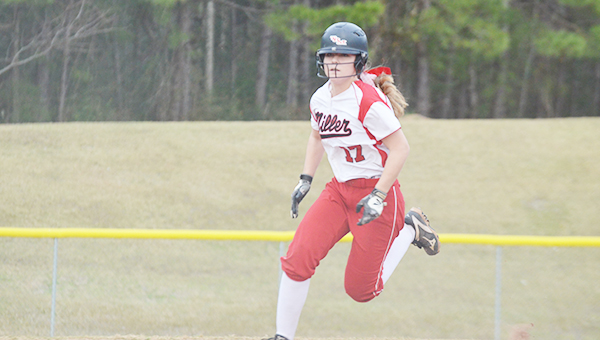 With the game tied 1-1 in the bottom of the third, Miller’s Myra Reiss belted a grand slam homerun over the left field fence. Later in the inning Gabbi Solomon doubled to left field to plate two runs.

Hillcrest answered with two runs at the top of the fourth off a passed ball at the plate and a single by Elizabeth Matthews to centerfield.

Miller got cooking again in the bottom of the fourth with a walk to lead the inning. Later in the inning Miller second baseman Grace Ruzic laid down a bunt for a single scoring fellow infielder Anna Grace White. The Lady Tigers scored two more runs in the inning.

The Lady Tigers had eight hits as a team. Reiss and Solomon led the team in RBIs with four and two respectively.