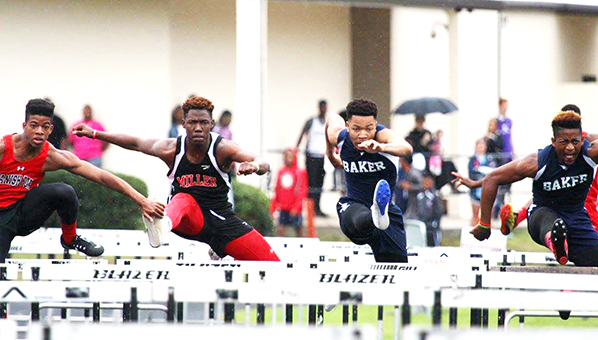 If anything, it went a long way to prepare the athletes for performing in inclement weather, Coach Eddie Brundidge said. The teams traveled to Mobile’s McGill-Toolen Catholic School to compete against seven other schools.

“We had a great showing here – even in this weather,” Brundidge said of the day’s dreary conditions. “Even though these schools aren’t in our division, it was great training.

“As we continue to through the season, we don’t know what the weather will be like by the time we make it to sectionals,” he said. “Now they know how it feels to perform in less than ideal conditions.” 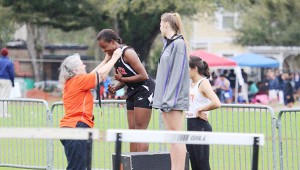 In the girls’ competition, Brundidge also commended Serena Smith as she tied for a first place discus finish with distance of 94-07.5 and Peyton Baxter’s third place pole vaulting finish. Smith also earned an eighth place in the shot put division.

A number of TRM male athletes finished the day with strong results, including: