Miller defeats Opp in 12th inning with walk off walk 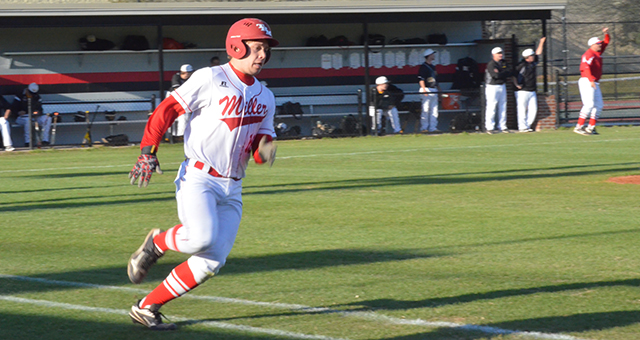 Corey Williams | The Brewton Standard
Miller’s Jake Najor rounds first base after hitting a pitch down the third base line in the fourth inning. The hit was a double and brought in two runs.

In a game that lacked timely hitting but was plentiful in sloppy defensive play from both competing teams, the T.R. Miller Tigers defeated Opp in 12 innings, 5-4, to remain undefeated in the area.

The Tigers loaded the bases in the bottom of the 12th inning. The Opp pitcher worked the count to 3-2 to Miller first baseman Russell Smith after falling behind in the count 2-0. Opp delivered the pitch that hit Smith, sending him to first base and bringing home the winning run for Miller. 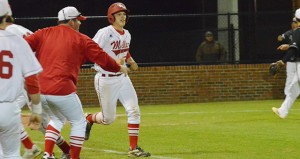 Miller’s Russell Smith heads to first base after getting hit in the 12th inning, bringing in the winning run for the Tigers.

Tripp Floyd led the Tigers with three hits. Jake Najor and Joshua Winton each had a hit and two RBIs.

Floyd got the start on the mound for Miller, pitching seven innings and striking out eight batters. Caleb Winton came in for two innings of relief behind Floyd. Stokes Jennings closed the game out and picked up the win.

Miller committed 10 errors in the field.

The Tigers will travel to Opp tomorrow in a double-header matchup. Game one starts at 4:30 p.m.