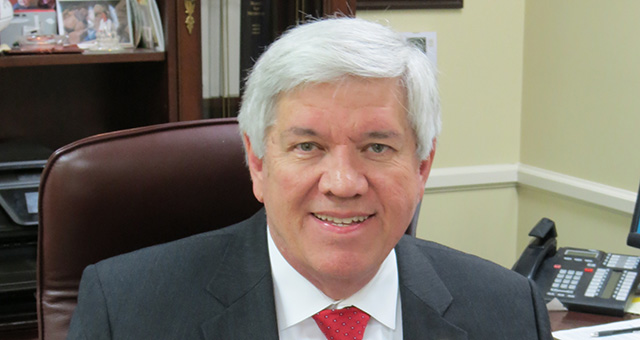 Yank Lovelace announced his candidacy for re-election to the office of Mayor of the City of Brewton Tuesday.
“The past three years have been marked by hard work and a commitment to improving our city – from services to appearance, finances and infrastructure,” Lovelace said. “We have seen great improvement and keeping the momentum moving forward will take strong, experienced leadership.

“I am grateful for the overwhelming support from every sector of this city, and I am eager to continue to provide that leadership for Brewton.
“As I said when I announced my candidacy in 2012, Brewton is more than just a city for me and my family…it’s our way of life,” he said. “That is still the reason I am running for mayor. We have seen our city come alive in the past three years thanks to strong, forward-thinking leadership and citywide community support.

“We are moving in the right direction with a widely-shared vision of our future clearly in focus,” he said. “We now have a five-year plan in place created by the citizens who have a vested interest in its outcome.

“Take a look at our parks, new businesses, new events, and vibrant neighborhoods that contribute to the community,” he said.

“Our small town gives us much to be proud of, and much to enjoy. We have a great deal to celebrate, but we can never be complacent. Ready for industry, our chamber recently announced their full partnership with the city by forming a committee to work hand in hand with Brewton’s newly-hired economic developer to bring needed jobs.”
Lovelace built a successful insurance group with offices across the region. His agency was ranked by Business Alabama Magazine as one of the top 10 in the state. Long before being elected to office, Lovelace has been active in working for the community’s greater good. He founded Coastal Gateway Regional Economic Development Authority and has served on various boards in the city for groups including the United Way, Greater Brewton Chamber of Commerce and John L. Fisher Center. He and his wife, Sally, are members at St. Stephens Episcopal Church.
“We have seen positive growth in the past three years, and we are on track for even bigger gains,” Lovelace said. “We can maintain our small town values, a strong sense of heritage and scenic beauty even as we foster a prosperous economy.

“We are far from finished, and I am humbly grateful for the opportunity to serve this city,” he said. “I will work harder than ever to earn your support on Aug. 23.”