Davis pitched two innings of scoreless baseball after coming in for relief of starter Adam Lamar in the fourth inning. 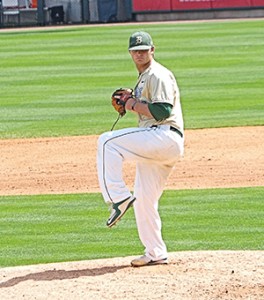 The game against the Tide was Davis’s second outing since coming off his rehab stint from Tommy John surgery, a setback he suffered in his junior year with Miller. Davis’ first game back was against No. 8 ranked Ole Miss on March 16. Davis was one of four Blazer pitchers to hold the Rebels scoreless over the last four innings, allowing only three hits and three walks. Ole Miss went on to win the game 5-1.

The Blazers are 9-15 for the season and 2-4 in the Conference USA standings. UAB will next begin a conference series against Western Kentucky on Fri., April 1, at home at Young Memorial Field at 6:30 p.m.

To stay up-to-date with Davis and UAB baseball visit uabsports.com.

There’s still work to do in neurological science