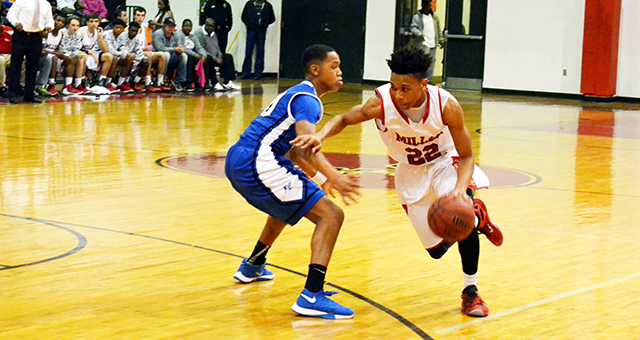 T.R. Miller senior athlete Chardian Johnson was recently named to the third team 3A all-state basketball team. This is the second time Johnson has been named to the all-state team, making him the only basketball player in Miller history to be named twice.

The six-foot guard averaged 19 points, eight rebounds and two steals in 24 games this past season.

“(Johnson) played at such a high level this past season, which improved the overall play of the people around him,” said T.R. Miller head basketball coach Juan Johnson. “I feel that was the most important part to our success of playing at a high level night in and night out. I’m so proud of (Johnson) and the rest of his senior class who have been so important in the turnaround of our program.”

In the first game of the season on Dec. 7, 2015, Johnson eclipsed the 1,000-career points mark. The feat came in a 61-60 victory over Bayside Academy. Johnson finished the game with 21 points.

He scored a season high 41 points on Jan. 22, versus Hillcrest.

Johnson is the son of Durell and Shirley Johnson.