Booker picks up fifth win in shutout performance against Neal 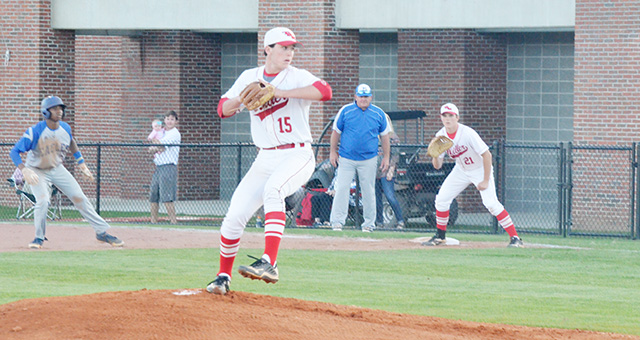 The Tigers plated a run in the first inning off a single to centerfield by Tripp Floyd.

In the second inning Miller had runners on second and third when batter Hunter Brittain connected for a sacrifice fly to centerfield to score a run. Neal got out of the jam in the inning when pitcher Matt Hutchins forced a ground ball to first base for the out. 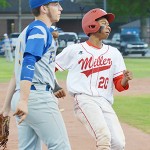 Miller’s Jordan Williams advances to third base. Williams was 2-for-3 with two RBIs for the night.

In the bottom of the third inning with runners on second and third with two outs, Jordan Williams turned on a pitch down the third base line fair to score both runners for Miller.Williams eventually scored on a double by Drew Williamson to give the Tigers a 5-0 lead.

In the fifth inning the Tigers scored another run off a sacriflice fly to centerfield by Jason Konsler.

Miller scored again in the bottom of the sixth inning off a fielder’s choice.

Booker struck out the side at the top of the seventh inning to finish off his complete game on the mound.

Jacobey Hawthorne and Malcolm Hawthorne, had the only two hits for Neal. 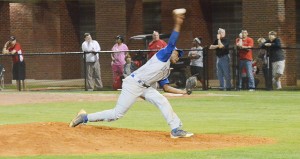 Corey Williams | The Brewton Standard
Neal’s Jacobey Hawthorne pitches against Miller. Hawthorne struck out three batters and was 1-for-3 at the plate.

Williams was 2-for-3 with a double and two RBIs for Miller. Booker went 2-for-4. Williamson, Floyd and Russell Smith each had a hit. Smith also had 2 RBIs.

Hutchins picked up the loss on the mound, allowing two runs on two hits with three walked batters.