The smiling faces pictured on Jimmy and Lisa Bridges’ social media page are a welcome change from the pleas for the missing Brewton teen’s safe return.

Thursday, Brooke Lee Bridges, 16, was returned to her family after being found at a friend’s house outside of Atlanta. Over the weekend, the family settled into a new routine after nearly two months of not knowing the girl’s fate.

Brewton Chief Monte McGougin told the public the girl – with her distinct blue hair – executed a detailed plan to run away from the family’s Cottage Hill Drive home but had no idea of the massive effort. This week, the public is asking how that is possible.

The Bridges family told The Brewton Standard Monday they remain under a “no talk order” because of the ongoing investigation; however, they were adamant that the girl did not run away from home. 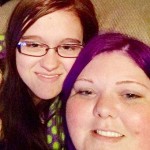 “I pray we can give answers soon,” said one family member, who asked not to be named. “We still need tons of prayers for Brooke. She and our family have a long road ahead.

“(Brooke) is an amazing young lady, and we are so glad to have her back. She is so strong and she will overcome this hurdle.”

Bridges’ mother, Lisa, posted on social media, “I want to make this clear to everyone that is seeing post for news and all other outlets she didn’t run away from our home.”

McGougin told The Brewton Standard that Bridges planned her disappearance with the help of a male friend in Georgia, but as time passed, became worried about how her family would react when she reappeared.

“She had wanted to contact her parents, her father, but could never make that step,” McGougin said. “She said she had no idea about what all went into the search to find her.”

When news of Bridges return broke Thursday, McGougin told the press the teen was not physically harmed, and when asked if she was ready to go home, she said, ‘yes.’”

“We have to keep in mind that Brooke’s a child who has been gone from home almost two months,” McGougin said. “The family, who is ecstatic to have Brooke home, is asking everyone to respect their privacy as this is now a personal family matter.”

For weeks, scores of volunteers, law enforcement and emergency personnel combed the Alco Community and surrounding areas, looking for clues. Countless hours and resources were used in the search. Now, the public is asking what – if any – ramifications will the teen face.

McGougin said previously he doesn’t believe any criminal charges will be filed. A meeting is set with the Escambia County District Attorney’s Office and local, state and federal officials to make the final decision.

“What we have to remember is this case involves a child,” McGougin said. “A juvenile made the decision to do what she did. She’s still a child, and children make mistakes. The bottom line is, Brooke is home and she’s safe. That’s all that matters.”