Tigers shutout Bayside to advance to third round 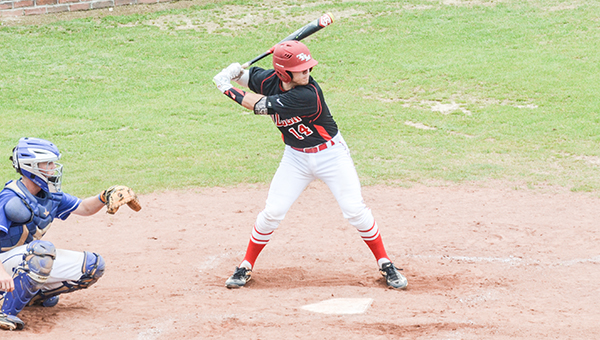 Hunter Brittain at the plate versus Bayside Academy. Brittain belted a two-run home run in the first inning.

The T.R. Miller Tigers defeated the Bayside Academy Admirals 7-0 on Saturday to advance to the third round of the 3A state playoffs.

“It was unbelievable how our guys responded after that second game,” Madden said. “We jumped on (Bayside Academy) early and didn’t let off. We played great defense behind a great pitching performance by Joshua (Winton). I can’t say enough how proud I am of how everybody competed and took care of business today against a quality baseball team.”

Miller got on the board in a big way in the first inning when junior catcher Hunter Brittain squared up a fastball for a two-run home run over the left field fence.

Bayside looked to have something going in the top of the sixth inning after a leadoff double off the fence by Austin Chastang. Next at bat Chastang got called out on a fielder’s choice at third base. After the out,  the Tigers was able to get out of the inning on a 4-6-3 double play.

Joshua Winton picked up the win, gave up two hits, four walks and had two strikeouts. The complete game shut out is Winton’s third of the year.

Chastang had two hits, including the double to lead Bayside.

Jo Jo Booker had eight strikeouts on the mound for the Tigers, keeping Admirals at off balance for the majority of the game. Booker settled down after the first inning where Bayside loaded the bases. Booker got out of the jam with a ground ball to end the inning. 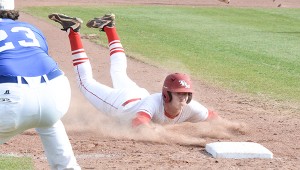 Up 1-0 in the bottom of the fourth inning, Miller added three more runs all while having two outs. Caleb Winton got the rally going with a single to leftfield. Caleb Winton’s hit was followed up with a single by Joshua Winton. Both Wintons scored on an RBI single by Oneil White. An error by Bayside brought in another run for the Tigers.

Bayside broke the score column in the seventh inning with a double. The game ended on a fly out to centerfield.

Bayside scored three runs in the first inning. Miller got on the board in the third inning after an RBI single by Russell Smith.

Tripp Floyd got the loss on the mound for the Tigers. Floyd walked one batter and struck out four.