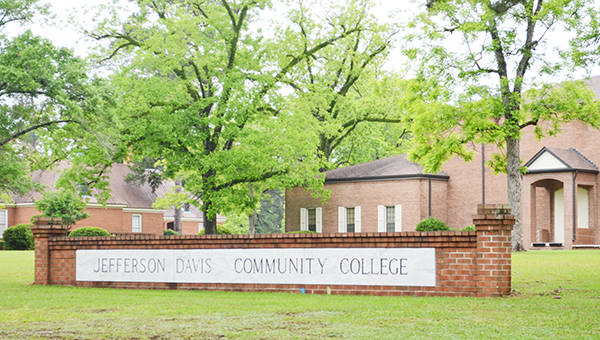 JDCC, other 2-year colleges not joining until 2017

While the final vote on the Alabama Community College System’s efforts to create two new regional campuses through consolidations has likely been delayed until 2017, local two-year college officials don’t think of the decision as a setback.

Chancellor Mark Heinrich originally hoped to bring the consolidations in central and south Alabama to the system’s board of trustees for final approval in July, a tight timeline undone by the need to meet requirements from multiple accrediting agencies and setbacks in the Legislature this session.

“Right now, the earliest that I could make a recommendation about consolidations would be January of 2017,” Heinrich said.

JDCC Interim President Dr. William “Bill” Blow said Tuesday Heinrich stressed that “this was a voluntary temporary delay and that we would continue moving forward with our consolidation plans.”

“The delay results from the complexity involved in meeting all of the requirements of three entities which have roles to play in the consolidation process,” Blow said. “These entities, the Southern Association of Colleges and Schools, Commission on Colleges, the Alabama Commission on Higher Education, and the United States Department of Education, operate on different timelines. Fitting all the pieces together simply requires more time.”

The system must get approval for its plans from its accrediting agency, the Southern Association of Colleges and Schools (SACS), and the Alabama Commission of Higher Education (ACE), the state’s coordinating board for higher education whose duties include approving consolidations. It must also keep the U.S. Department of Education abreast of its plans. The system notified the agencies of its intent in December and, in March, ACHE approved the formal statement of intent to consolidate, the first step in its review process.

The consolidation process includes two phases, the combination of the colleges’ administrations, followed by a later programmatic consolidation. With the goal of bringing the proposal to SACs at its June meeting, the system had hoped to submit plans for both phases simultaneously to ACHE for consideration earlier this year, but learned it would have to submit them separately, Heinrich said.

SACS meets in June and December. ACHE meets in March, June, September and December, which meant the effort to address one agency resulted in missing the deadline of the other.

The system originally planned to submit an incomplete proposal to SACS ahead of the June meeting with the understanding that the missing details will be added once approved by the two-year board at its April meeting. The details including new names for the consolidated colleges, main campus designations, and mission statements were never brought up in April nor are they on the agenda for the board meeting scheduled for Wednesday. The details would have been necessary for a prospectus to be submitted to ACHE and SACS ahead of June.

The system is still working on the new names, main campus designations and mission statements and will likely bring them back to the board in early winter, Heinrich said.

Now, the system hopes to submit its plans to SACS in December, clearing the way for the consolidation recommendation to be brought back to the board early next year, Heinrich said.

ACHE will work with the system to help them be ready to submit to SACS in December.

The regional community colleges were proposed as moves that would enhance the programs offered at the campuses making them more responsive to the areas’ educational and workforce needs while also creating efficiencies and streamlined and unified management structure.

Blow said since November, numerous committees have been working on the many details of meshing administration, educational programs, finances, student services, physical operations and other areas of our individual colleges into a single regional community college.

“Considerable progress has been made, and we do not consider this delay to be a setback,” he said. “ It is, rather, an opportunity to make certain that all requirements have been met and that the consolidation will work to the ultimate benefit of our students and the communities we serve.

“The economies of scale and reduction of administrative overhead costs which will result through pooling our financial, human and physical resources will potentially allow us to operate on a more cost effective basis while expanding our educational opportunities,” he said.