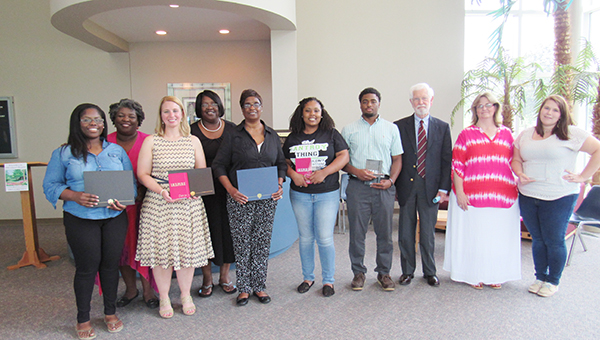 Student Support Services, one of five TRIO programs funded under Title IV of the Higher Education Act of 1965, is a grant program that provides academic and personal support services to college students. The program was implemented at JDCC in 2001, and staff members assist approximately 150 eligible students per year by providing the academic assistance each student needs to help meet his or her educational goals.  Its mission is to serve students who can benefit from the services the program provides.

Students honored for the 2015-2016 academic year are as follows and earned the perseverance award unless otherwise noted:

Simon to be featured speaker