One of Brewton’s own, country and gospel artist Chris Golden will be the headlining performer at this year’s Blueberry Festival.

While Golden’s specific performance times will be announced in the coming days, the singer said he is thrilled to be headed back to Brewton. 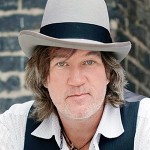 And so is Brewton Chamber of Commerce director Judy Crane.

“I think (Golden) will draw a lot of people to Brewton,” Crane said. “I’ve had people calling from Nashville that follow him around, so that is going to bring great exposure to Brewton – which is exactly what we hope for each year.”

The Golden name is a known in Brewton – and across the nation – as one of a musical background.

“From an early age I was surrounded by music on both sides of the family, and it was something that came very natural and easy for me,” Golden said.

Golden said he never took any musical lessons and considers his ability to hear something a few times and then play it a “gift from God.”

While growing up in Tennessee, Golden spent summers on his grandparents farm in south Alabama, working in the fields and singing in church. During this time he developed an appreciation for family harmonies and a steadfast work ethic.

From playing in a band at 15 to making his lead vocal debut at 19 on “Hee Haw,” the years have seen a musical journey for Golden. He began playing with his father – William Lee Golden of the Oak Ridge Boys – and the band in 1995 and has gone own to release five critically-acclaimed solo albums.

His latest album entitled Shoebox was released in the fall of 2013 with the first video “Shoebox” now in rotation on ZUUS Country Network and featured as “Breakout Artist of the Week” and appearing in the TOP 10 Countdown.

“Music is my life, my gift, my love, and I feel like I would be turning my back on my calling if I didn’t keep doing this,” he said. “I love and live to entertain.”

This year’s festival will also feature a number of local performers as well as arts and crafts and food vendors.

For more information on the festival, visit the “Alabama Blueberry Festival” Facebook page.