The T.R. Miller Class of 2016 valedictorian and salutatorian are Amelia Peach and Morgan Manning. 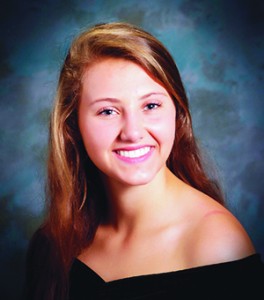 She plans to attend the University of Alabama, where she will pursue a degree in engineering. She said it was during her junior and senior years she decided to parlay a love of math and science into a career path.

“During my time at TRM, I was always looking forward to graduation and what was to come afterward,” Peach said. “I knew I wanted to go to college, but I didn’t know what I wanted to study until toward the end. I’ve been accepted into the engineering college at UA, as well as the STEM path to master’s degree in business administration, which will allow me to graduate with not only an engineering degree but also a master’s degree in five years.”

After that, “the sky’s the limit,” Peach said.

“I feel like I will have a lot of opportunities,” she said. “Time will tell.”

Manning, who will attend Troy University in the fall on a chancellor’s scholarship, also loved her time at TRM. 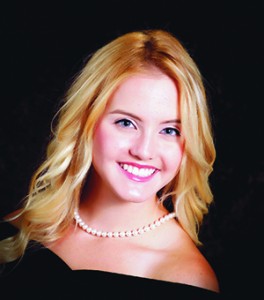 Manning plans to pursue a double major at Troy University in English and broadcast journalism. Her dream job is to become an editor at Southern Living magazine.

“I had a teacher to tell me once – look at what you’re good at and what you’re passionate about and go do it,” Manning said. “I love writing and the whole process.”

The two girls always enjoyed a friendly academic competition and had the same advice for students.

“My advice is while you should absolutely focus on academics, don’t be afraid of getting out of your confidence zone,” Manning said. “That’s where you make friends and make the memories that you will carry forever.”

“Take time to step out of the box,” she said. “Make friends with people out of your social realm and join clubs and teams that all of your friends aren’t in. I look back on high school and I wish I hadn’t waited until junior or senior year to make some of my closest friends.

“You’ll never look back on high school and admire the times you did what you thought was cool, but you will admire that you made the effort to make new friends and venture out of your comfort zone,” she said.