A Brewton woman was found dead inside a vehicle at the Brewton emergency room Sunday.

Law enforcement has not released any details of the death at this point; however, sources have identified the woman as Marsha Crawley.

Crawley was allegedly beaten to death before being left inside the vehicle at D.W. McMillan Hospital sometime Sunday.

As of Monday morning, authorities have not released where the crime occurred or the agency in charge of the investigation. 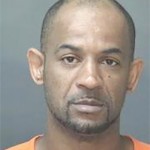 Sunday afternoon. Johnson was taken into custody after a three-hour manhunt Sunday evening. The hunt began near Fannie Church Road and ended in an area between Ala. Hwy. 31 and Junction Road.

Johnson is currently being held without bond in the Escambia County Detention Center on charges of first-degree escape and revocation of community corrections.

The Brewton Standard will update this story as more information becomes available.