Person of interest in custody, but no charges filed

There have been no charges filed as of Tuesday in the case of a Brewton woman found dead at a local emergency room Sunday.

Marsha Cherie Crawley, 42, was allegedly beaten to death before being left inside the vehicle at D.W. McMillan Hospital sometime Sunday.

“Officers arrived (at DWM) and discovered (Crawley) unresponsive in vehicle,” said Sgt. Patrick Caylor with the Brewton Police Department. “Hospital medical staff assisted officers on the scene, and she was pronounced deceased.” 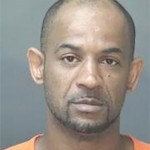 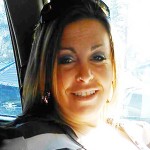 Caylor said his department then sought assistance from the Alabama State Bureau of Investigations with the investigation, and sometime after lunch Sunday, a person of interest – 38-year-old Johnny Jermaine Johnson of Flomaton – was identified.

Caylor said the Flomaton Police Department then received a call that Johnson was hiding in a home in Flomaton.

Johnson was taken into custody after a three-hour manhunt Sunday evening. The hunt began near Fannie Church Road and ended in an area between Ala. Hwy. 31 and Junction Road.

Johnson is currently being held without bond in the Escambia County Detention Center on charges of first-degree escape and revocation of community corrections.

“Due to the nature of this case, we are currently processing all evidence and statements, and at the conclusion of the investigation, those findings will be presented to the district attorney’s office,” Caylor said.