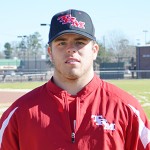 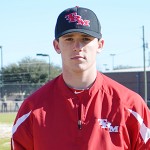 Booker was named to the first team as a pitcher. As a junior this past season, Booker posted a 9-2 record on the mound with a 1.57 earned run average. In 76 innings pitched he had 107 strikeouts and 31 walks.

Booker accumulated double-digit strikeouts in six games, with a season-high 15 against WSN on April 4, 2016. He was named to the 2016 Escambia County All-Tournament team earlier in the season. 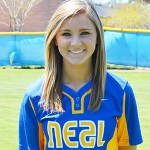 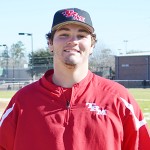 Brittain had a .425 batting average this past season. He hit three homeruns to share the team lead and had 34 RBIs in 113 plate appearances. He led Miller with an on base percentage of .544.

Behind the plate Brittain had a .955 fielding percentage with 255 putouts.

He tied for a team high in runs scored with 30. From the outfield he had a .900 fielding percentage with 39 putouts.  He was named the 2016 most valuable player of the Escambia County Tournament.

Winchester had a record setting season for WSN softball, leading the team with a .465 batting average and 34 hits from the leadoff spot. She scored 18 runs and had 10 steals on the basepaths.

WSN head softball coach Jason Blaney said it was an honor to coach Winchester and that she’ll be greatly missed next season.

“(Winchester) is a phenomenal athlete,” Blaney said. “We introduced her to slap hitting her junior season and then worked on it last summer and during preseason her senior year. It was so easy to teach her because she is so coachable and athletic with incredible softball intelligence. Madison (Winchester) is also a tremendous centerfielder. Her being named honorable mention for All-State just shows how hard she does work. It’s great recognition for her and our program. She’s left a great legacy here at W.S. Neal.”

Below is a complete list of All-state selections for Class 3A and 4A baseball and softball:

1B – Troy Bearden, Westbrook Christian, So.

2B – Will Acuff, Madison Academy, Sr.

OF – Tucker Brown, Wilson, So.

1B – McKinley Parris, Pleasant Valley, So.

1B – Riley Grace Honeycutt, Northside, So.

OF – Mary Kilpatrick, Cordova, So.

Second base: Jordan Criswell, Oneonta, So.

Third base: Chloe Kleffman, DAR, So.