Coming out on top 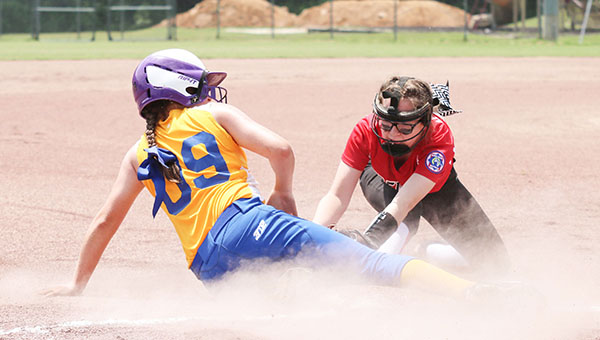 East Brewton defeated Brewton 12-3 in the 12U softball title game in Andalusia on Sunday. Brewton won an earlier matchup 5-3 to force a winner take all game.

Brewton got things going in the top of the first inning with two leadoff singles by Makenzie Thomas and Abby Terrell. Both scored on a double by Courtland Salter. Salter later scored to give Brewton a 3-0 lead.

East Brewton responded with a run in the bottom of the inning when Jailyn Bondurant scored on an error. East Brewton added two more runs in the second inning. Gracie Sims singled and Madison Hawthorne doubled. Sims and Hawthorne scored the two runs to tie the game, 3-3.

Brewton scored a run in the fourth inning on a single by Caroline Williamson to score Ansley Till. Brewton added an insurance run in the sixth inning to keep East Brewton at bay.

Thomas recorded a strikeout to end the game and pick up the win for Brewton.

East Brewton accumulated 11 hits to down Brewton in the championship game.

Top of the order hitters Madison White and Jailyn Bondurant both reached base to start the game. Both came around to score. East Brewton added two more runs to take a 4-0 lead.

Down 12-0 going into the bottom of the sixth inning, Brewton hoped to get a rally going. A triple by Kate Najor scored Courtland Salter and Makayla Mitchell. Ansley Till followed the Mitchell triple with a single. Till later scored in the inning, but the magic ran out, as East Brewton was able to record the final out to end the game, 12-3.

Salter had five strikeouts  from the circle for Brewton.

Madison White had three strikeouts from the circle for East Brewton.

Brewton had five hits as a team.

Jennings Ruzic was 2-for-3 at the plate. Salter was 1-for-1 with a run scored.

Madison Hawthorne was 3-for-3 with two singles and a double with three runs scored to lead East Brewton. 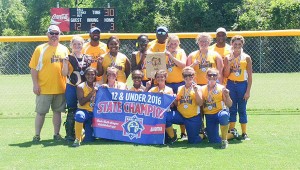 East Brewton beat Covington County 12-1 in the first round and Northwest Escambia 8-5 in the second round before facing Brewton.