Helping others her passion 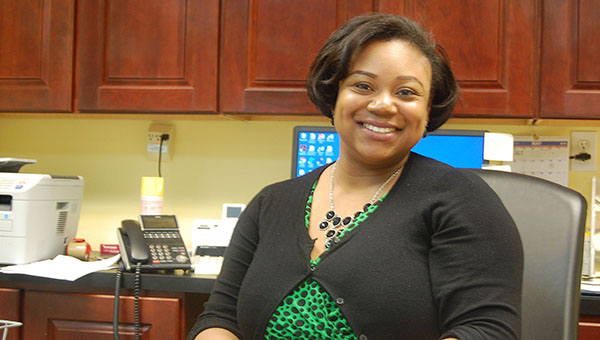 Lydia Grimes | The Brewton Standard
Tanisha Thomas may not be new to Brewton, but she is the new director of the Brewton Housing Authority.

Tanisha Thomas may not be new to Brewton, but she is the new director of the Brewton Housing Authority.

She took over  when the previous director, Diane Bradley, retired last month. It is now her job to see that public housing in Brewton and its way of operation as it is known to the residents of this area.

The day of run down “housing projects” are gone and are being replaced with apartments for the young and the old, Thomas said. Families down on their luck can find help from the housing authority.

“We hope that when people come to us looking for a place to live, they intend it as a temporary residence,” Thomas said. “That is always the goal, but sometimes it takes longer for some of the residents to be able to manage.

“It is our goal to help them to get their feet back on the ground while helping the families stay together,” she said.

At the present time, there are two areas of public housing in Brewton – Bryant Circle and Washington Circle. Together, they have 80 units to rent, and most of the time they are filled. There are a few units now that are going through some remodeling, but there will be someone waiting for each one.

“We screen the people who come to us very carefully,” Thomas said. “We don’t want someone who will not look after the apartment they have.

“Just because someone doesn’t have a lot of money, doesn’t mean they don’t like to live in a nice place,” she said. “We are trying to help those who are temporarily in need.”

Thomas said her office is there to answer questions that anyone has and to help in any way they can to help get the people back on their feet. It is not a free handout, but it is their hope to help make someone’s life a little easier and be able to fit into normal society.

“It is my goal to reshape the units to where they don’t have the typical look of public housing,” she said. “We have a plan called Earned Income Disallowance that helps give the resident time to get his finances in order.

“For the first three years, the plan allows the resident to pay his rent at a lower rate,” she said. “By the time the third year comes, they are more able to pay the rent.”

The Housing Board is there to help those who need public housing, but it is not a free service. Thomas and her office of four employees want to change the way low income housing is perceived in the public eye.

“I would like for our residents to feel as if they are part of the community instead of being all on their own,” she said.

Thomas is a native of Evergreen, the daughter of a minister. She grew up in Evergreen and graduated from Hillcrest High School in 2008.

While still in school she knew that she wanted to do something in public service. She was already involved with her community projects and after graduation she attended Alabama A & M for three years before transferring to Troy University, where she earned her bachelor’s degree in human services in 2013.

She then went to work at the Evergreen Housing Authority, where she interned. She then worked at South Central Mental Health in Andalusia.

She received a call from Diane Bradley, the director of the housing authority here in Brewton, and that led her to the position of assistant to the director. When Bradley retired, Thomas was promoted to be the new director.

She is married and has two children, a five year-old and a one year-old. Her husband is a teacher in the Conecuh County School System, and they live in Evergreen. 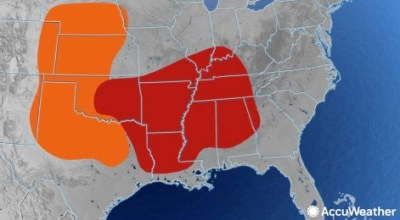 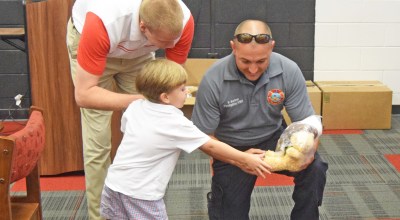 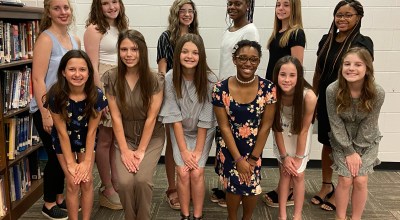