The Brewton Standard was recognized as one of the top small weekly newspapers in the state during the Alabama Press Association’s summer convention in Destin, Fla. 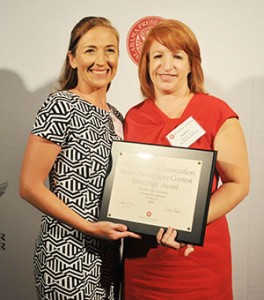 “We are beyond thrilled to be recognized as one of the top weekly papers in the state,” said publisher Stephanie Nelson. “As a community newspaper, we strive to be an accurate reflection of the people and happenings of our community. As such, our staff strives each day to provide the best coverage for our readers, and it is thrilling to have that hard work recognized by our many peers.”

• Best Use of Graphics or Illustrations;

Sixty newspapers submitted 1,077 entries in this year’s Advertising Contest, which was also judged by the Louisiana Press Association.

• Best Classified Page or Section; and,

• Best Single Ad ½ page and under, black and white; and,

Coming out on top