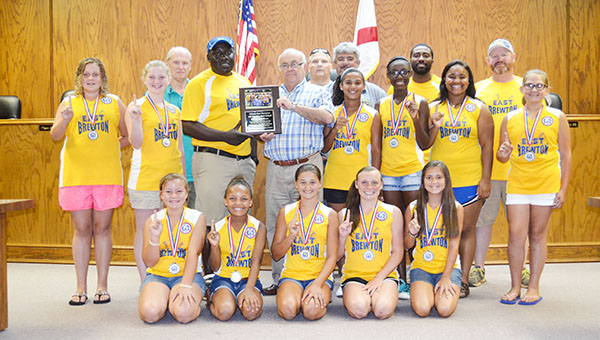 The East Brewton 12U All-star softball team will compete in the Southwest Regional Tournament in Harrison, Ark. beginning July 13. Currently the team is working around the community to raise funds to go towards expenses for the trip. The team will be selling spaghetti plates Thurs., July 7 at the East Brewton Civic Center beginning at 6 p.m. Plates are $7. The team is open to any private and business donations as they go on to regionals to represent the community of Brewton and the state of Alabama.