Nalty to run for Brewton mayor

Frank Nalty, a local businessman and lifelong resident of the community, has officially announced his candidacy for mayor of Brewton in the Aug. 23 municipal election. 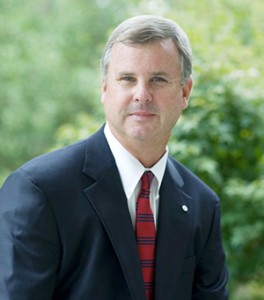 As mayor, Nalty said recruiting new industry and bringing more high-paying jobs to Brewton is his top priority. He is also committed to making the cost of living in the city more affordable by eliminating the additional one-cent sales tax increase, which the current mayor passed during his first month in office.

“Our city’s finances are in order, so there is absolutely no reason for us to continue collecting this additional sales tax, which costs our citizens an average of $600 per family each year,” Nalty said.

“Our community will truly thrive when we bring more high-paying jobs to Brewton, and we reduce our sales tax rate so that families can keep more of their hard-earned money.”

Nalty said restoring transparency is another priority, which he plans to accomplish by putting the city’s checkbook online so that residents can easily see how their tax dollars are being spent. He also wants to make city government more accessible to the people it serves, he said.

“I’m running for mayor because I want to devote my time and energy to serving our community and meeting the needs of all our citizens,” Nalty said. “To do so, I need to know their concerns, so I plan to have an open door policy at city hall and will also dedicate time during each city council meeting for public input.”

Nalty said he also wants to invest in Brewton’s next generation by creating a summer job program for teens to help them develop a strong work ethic and earn extra money by connecting them with local employers and city departments that need seasonal help. He said he also wants to create more recreational opportunities for the city’s youth, such as a community pool that is available to residents at no cost.

Nalty said his years of leadership experience as chairman of the Alabama State Soil and Water Conservation Committee and serving as a past president of the Brewton Chamber of Commerce and the Brewton Rotary Club has prepared him for the role of a full-time public servant as mayor.

His wife, Allison; son, Mooney; daughter, Leslie, and son-in-law Brandon, will join him on the campaign trail, which comes as no surprise to those who know the tight-knit family.

Nalty encourages voters who wish to learn more about his campaign and ideas to visit FrankNalty.com.

Support deep at ‘The Well’