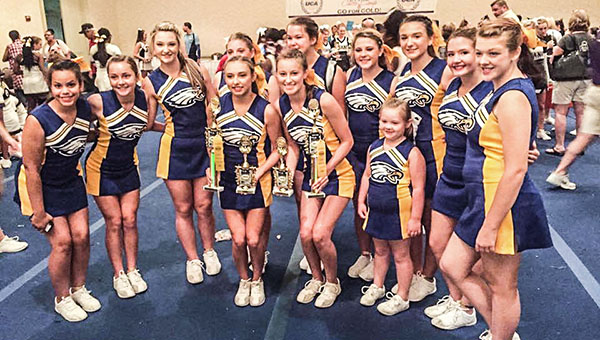 The W.S. Neal Cheerleading Team was one of a host of teams to attend and compete in Destin Fla. at Universal Cheerleaders Association Camp on June 17-20.

Both were chosen to tryout for the UCA Staff next year.