Angel to run for city council

John Angel has announced his intent to seek the office of Councilman District No. 3 for the City of Brewton. 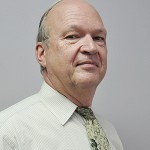 Angel retired from the City after 16 years as the city clerk/treasurer, an office that requires daily review of the budget, as well as constant interaction with the public, department heads and elected officials.

Angel said the major achievement of his tenure as city clerk was the fact that Brewton is the only city in Alabama Congressional District 1 that has closed out in the black since the recession began in 2007, along with 1999 – 2006 when the economy was normal.

Angel is a member of the International Institute of Municipal Clerks, became an Alabama Certified Municipal Clerk in 2002 and is also a 30-year Army veteran.

His plan is to work not only for District No. 3, but to cooperate with the entire council to continue economic development, maintain high standards of public safety, health and education, as well as assure that the city is ready for any natural disaster that may happen in the future.

“Experience and continuity are important for the future vision of the city,” Angel said. “ “I feel that the knowledge I garnered as Brewton’s city clerk will bring a voice of experience to the city council.”

Angel welcomes any comments or ideas from the community at large.

The Brewton Standard welcomes announcements from all candidates seeking political office. A one-run annoucement with a photo will be published free-of-charge for candidates. To submit an announcement, email newsroom@brewtonstandard.com.