Summitt was one of a kind

In 1996, I left behind a 17-year career as a sports writer in Chattanooga, Tenn., to become a youth minister. After the job change was announced in October of that year, one of the first people to send me a note was Tennessee women’s basketball coach Pat Summitt. 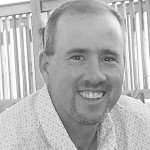 In her note, she told me that, even though she appreciated my time covering the Lady Vols basketball program, being a youth minister would affect more lives than being a sports writer. That letter and job change came just months after Summitt and her Tennessee Lady Vols won the National Championship in Charlotte, the last of four championship seasons that I had the pleasure of covering the Lady Vols for the Chattanooga Free Press.

For six years I traveled with the team, covering four SEC championships and four of her eight NCAA championships.In those years, Pat always made sure those writers covering women’s college basketball were accommodated so they could advance the game she pioneered and built into what we know it to be today.

My friend Pat died on Tues., June 28, her health in steady decline just a few years after being diagnosed with Early Onset Dementia. Amazing a brain like hers, which birthed such a great vision that took women’s basketball from oblivion to the top story on national news media outlets, would be what finally beat her.

In my 17-year career in sports writing, I had the opportunities to watch, interview and hang out with some of the greatest athletes and coaches at both the collegiate and professional levels, some of whom today are former Heisman Trophy winners and others who are in their respective halls-of-fame. And while a lot of them were truly good people, none hold a candle to Pat Summitt in my eyes.

We have talked in the stands of many a high school basketball games where she was recruiting, in her office and after games—and whether it was a great win or a devastating loss, she always treated me like one of the family. She was known for that steely, icy stare when her players did not play up to her standards. She was not complicated. What you saw was what you got, which was her very best…and she expected the same from you. She was fiercely competitive and worked tirelessly to advance the game of women’s basketball.

In the meantime, she won more college basketball games—1,098—than anybody else, two Olympic gold medals, 16 SEC championships and eight NCAA championships. Every player she coached since the NCAA hosted a women’s national tournament played in at least one Final Four.

While most fans know her resume, few know the number of times she prepared home-cooked meals for her players, saw to it that when they needed help in the classroom she got them tutored, and made sure when things weren’t good at home that she would be there to listen to them. As tough as she was on them, she loved and nurtured her players. And as a result over her 38-year coaching career, 100 percent of her players graduated; that’s about 120 young women who received their college diplomas from the University of Tennessee.

A few years ago, maybe 10 years after leaving the media field, I was in Knoxville and took a a chance to try and catch her at her office. I didn’t know if she would even remember me. As I approached her secretary’s desk, she was walking out of her office. She looked up.

She winked at me and we stood and chatted for about five minutes. That’s who she was. She had a few minutes for everyone.

Women’s basketball would not be where it is today without her. She was a great coach, a great person and a GREAT Tennessean. You will be missed Coach Pat Summitt.