Lawrence Weaver of Brewton has announced his intent to seek the District No. 2 seat on the Brewton City Council.

Weaver is a retired chief with the Brewton Fire Department with nearly four decades of service. During his time with the city, Weaver also owned and operated his own business, Weaver’s Chimney Cleaning Service, and worked as the director of the Escambia County Community Service Program. 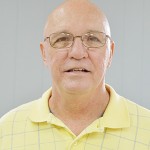 Weaver said he believes his experience as a city employee gives him a unique insight to the operation of city government.

“Brewton is a great place to live,” Weaver said. “It has a great school system. It’s a great place to retire. The city has been good to me my whole life, and now, I feel, by seeking a city council seat, it’s my opportunity to give back to the city.”

Weaver said city growth would be his main mission if elected.

“My daughters, Holly and Katie, are both Auburn graduates and are now working in Birmingham and Nashville respectively,” he said. “I would love for Brewton to, one day, offer opportunities for new jobs and new businesses that would bring or keep our children here at home.”

Weaver said if elected he plans to have an open-door policy and work to better the community.

“I am here for all of the people in Brewton,” he said. “As fire chief, I learned early on that the key to success is being available to the citizens of Brewton. One of the programs I helped to implement was the free smoke alarm program, which over the years, has saved a number of lives by having operating smoke alarms in the home. That program is ongoing today.

“We also implemented the posting of E-911 addresses in Brewton, which saves precious time for first responders when responding to an emergency,” he said. “Programs like that, and those that benefit senior citizens, are what I hope to bring to city government.”