Michael Cosey has announced his bid for East Brewton mayor.

Cosey, who is employed with Felder Services at West Gate Nursing Facility, has also served 14 years with the City of Brewton as a laborer, truck driver and cemetery foreman.

“In my years with the city as an employee, I learned a lot about the day-to-day operations and understand it is not just a job but we are there to serve the public,” Cosey said. 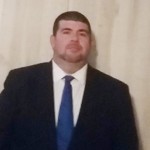 “I also worked for a year with the town of Flomaton as a park maintenance/inmate supervisor, and while there, I watched as a smaller town operated on less of a budget.

“If elected as mayor of East Brewton, and while no two cities are alike, I feel I would be able to take some things I watched from afar and incorporate it into a plan for East Brewton,” he said.

Cosey said if elected, his goal is to make sure each city department is working to best serve the citizens.

“My plan is to take a look each each department from top to bottom to see how we can better serve the community,” he said. “If there are any changes needed, I will work to do this alongside the rest of the council and community.”

Cosey said he plans to work to “fill empty buildings” with small businesses; pave city streets and search for large businesses to increase the city’s tax base.

“We will also look at ways to clean our streets and rights-of-way to give our community a better look,” he said. “We will look for a way to put more police officers on our city streets so that our police department has all the help it needs to better protect all of our citizens.”

Cosey said he would also like to add more activities for the youth and senior populations. He said he is in discussions to bring a gameroom back to East Brewton.

If elected, he will maintain an open-door policy, Cosey said.

“East Brewton has been my home for 38 years,” he said. “I don’t plan on leaving this community. I have a plan and vision for East Brewton. If elected, I know we can make East Brewton better than ever.”

Cosey also served as pastor of four area churches – Precious Grace Ministries, South Bethel Church of God, Calvary’s Way and Beluah Holiness – and served as youth pastor at Open Bible Church. During his time, he said he helped to grow congregation size and operate the facilities on a small budget.

His community volunteer work includes serving as an assistant coach with the youth football and baseball programs.

“Right now, I am currently active in the W.S. Neal Band Boosters, where my wife and work to provide as much as possible for our band,” he said.

Those wishing to open a dialogue with Cosey is asked to email him at preciousgraceministries@yahoo.com.