Shawn D Lundy has announced her intent to seek the Brewton City Council District No. 5 seat.

Lundy, a lifelong resident of the Alco Community, graduated from T. R. Miller High School in 1979 and in 1981 from Reid State with her cosmetology degree.

Lundy has worked at Billy’s Barber Shop on the boardwalk in the Downtown Historic District for 34 years. She works holidays with Herrington’s The Florist. 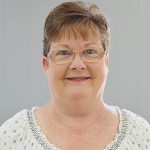 “While working at Billy’s, I believe it has given me a good ear for listening to the people,” Lundy said. “I’ve heard of the many needs in District 5 and in our city.

“My favorite quote is by John Wooden and says, ‘The true test of one’s character is what they do when no one is watching,’ and I want the people of Brewton to know, if elected, I plan to represent them with honesty and to the best of my ability.”

Lundy is a member of Alco Baptist Church and currently serves as Sunday School teacher. She is the daughter of the late George and Charline Lundy, also of Alco.