Not ‘LOL’ any more

While a Castleberry couple, charged with theft, may have been LOL after they posted a surveillance photo of themselves leaving the local Walmart with a stolen wallet, police were SMH over the shenanigans. 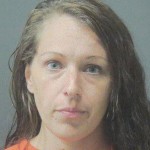 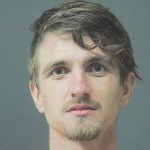 Sgt. Patrick Caylor said Tuesday every traditional route of identifying those believed to be behind the theft was utilized.

“We worked all of the usual avenues of identifying the suspects, but came up empty-handed,” Caylor said. “The department often uses social media to assist us in solving cases, and this one was no different. Within 10 minutes of posting the photo Thursday, (Powell and Butts) were identified.”

But that’s where the case gets interesting, Caylor said.

“The two contacted our department and were asked to come in Monday, since they knew the wallet was missing,” he said. “But, then, it wasn’t long before they had taken our photo and began using it as their profile picture. 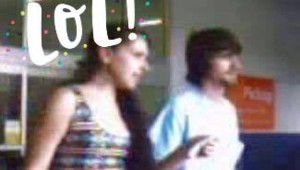 Courtesy photo
This police photo was allegedly posted on the couple’s Facebook page and stated ‘LOL!’.

“That one is a new on us,” he said. “Especially when they had ‘LOL!!!’ written on it. We can only assume that they thought this was a joking matter.”

When Powell and Butts arrived Monday evening at the department, they were arrested and charged with second-degree theft of property. They were then booked into the Escambia County Detention Center.