Feast Broughton has announced his intent to seek the office of Councilman District No. 3 for the City of Brewton.
Broughton said he is a man of the community who has first-hand knowledge of the concerns of the citizens in District No. 3 and fully intends to use the platform to facilitate growth. 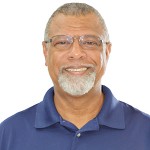 “Top issues on my agenda include: positive community recreation programs for the youth and young adults; financial budgeting classes for families; attracting new thriving businesses to the city; higher paying jobs for a better quality of life; street paving, lighting and drainage; and providing the citizens with a clear understanding of the city’s budget,” Broughton said.
As Councilman for District No. 3, Broughton said, “My mantra will be ‘Always Visible, Available and a Voice for the People,’ and it will be evident through my service.”

Broughton served the community, with this mantra, as a vital part of the Brewton Police Department, retiring at the rank of Captain after 26 years. He held positions of increasing responsibility to include serving as a mounted patrolman, patrol sergeant/ shift leader, narcotics detective, an investigator and as the department’s Drug Abuse Resistance Education (DARE) officer.

“I served with great pride as the department’s DARE officer for 21 years because I believe I was able to positively affect the lives of the children in this community and in hopes of providing a brighter future for the City of Brewton,” he said.

He is also a member of The Brotherhood, which is a community outreach group that
focuses on uplifting Brewton’s young men by providing needed guidance and support for a prosperous future.

“Through my experience, I not only interacted with city officials, but also more importantly with the people within our community on a regular basis,” he said. “Throughout my tenure, I believe that I have shown unending support for the community and hopefully have earned the trust of my elders.

“I am seeking to be councilman for District No. 3 because I want to continue to be a servant of the people of Brewton,” he said. “I want increase their trust in the city government and to be a vessel for change that the district needs.”

Broughton and his wife, Deborah, have three children – Kristal, Steven and Angela, whom they proudly raised in this community. He welcomes any comments or ideas from the community at-large.