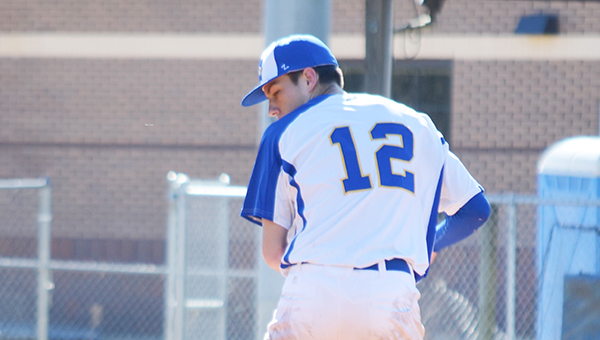 Corey Williams | The Brewton Standard
Dalton Shell pitches off the mound this past season for W.S. Neal.

Recent graduate of W.S. Neal Dalton Shell will continue his baseball playing days on the diamond after being invited as a walk-on by the Jefferson Davis Community College baseball team.

JDCC baseball coach Darrell Blevins said Shell has a lot of character and is resilient on the field.

“He strained his shoulder a little bit this past year,” Blevins said. “Anybody who can pitch through pain like that has some toughness about him. You can’t teach that.”

Blevins said he sees Shell fitting in as a middle reliever or a closer. 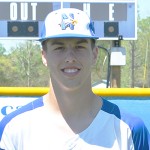 “I’m sure he’ll come in and give us everything he’s got,” he said. “We’ll find out where he can be productive for us. I expect him to come in and do really well.”

Shell said he can’t wait to get started.

“I love playing baseball,” Shell said. “My goal is to get a lot of playing time. I know I have to work from the bottom up, but I look forward to the challenge.”

Shell said he wants to improve on throwing his off speed pitches for strikes and getting ahead of batters in the count.

“Right now I throw a two-seam fastball, slider and change up from my low delivery,” Shell said.

“I don’t like to come up (in arm angle) too much. I can, but the batters seem to hit the ball more when I do.”

Shell said his brother, William, has had a profound impact on his growth as a player. The two brothers got to work with each other this past season with William serving as the WSN pitching coach.

“I look up to (William),” Shell said. “He’s been helping me get better and running me as pitching coach. He’s hard on me.”

Shell said he is very thankful to continue playing ball.

“I want to thank God for this opportunity, Coach Campbell for staying on me, my brother, my Mom and Dad, Coach Blevins for the opportunity to continue playing baseball and Coach (Steven) Dickey,” he said.

While speaking there’s a tinge of enthusiam, which can be hard to spot from the laid back Shell. The walk-on looks ready get back to the game he loves.

“I’m looking forward to this new experience,” he said.

Shell is the son of Joey and Gwynne Shell.